Windows 10 - Everything You Need To Know

As the chatter and hype surrounding the imminent launch of the new Windows 10 from Microsoft on 29th July increases, so do the pending questions that arise about the brand new software. In this week's blog post we aim to clear up some of the myths that are cropping up about the new Windows system and give you some more information about it’s features and improvements.

Hold on a second, what do you mean it's free? It can’t be true! This free Windows thing is either a scam or is rubbish!

It’s neither one of them. When it comes to buying a product, many of us think that the quality of the product or service is directly linked with its price. The better it is, the more expensive it has to be.

Before the full release of the new Microsoft 10, Microsoft released a demo version of the operating system called “Microsoft 10 Technical Preview”, which anyone could download and have a play around and report any bugs or issues. Over a hundred thousand users downloaded the software, in the meantime sacrificing their own system, allowing it to be tortured by the updates in order to give feedback to Microsoft on how Windows 10 could be improved. This all contributed to making this Windows version one of the most tested there has been. Potential users should also note that it is not completely free, just for the first 12 months and only if you already have Windows 7 or 8.1.

So what are the new features that Windows 10 brings apart from a fancy name and a new design?

Windows 10 brings a whole host of new features and improvements that, if all the reviews are to be right, could make this the best Windows version there has ever been. Here are some that we’ve found to be the best:

Upon using Windows 8 for the first time, most of you were annoyed by this one particular thing that is like a symbol for the Windows operating system: The Start Menu.

Instead of focusing on Windows apps or programs, the new start menu mixes in a dash of the Metro Start screen’s functionality, sprinkling Live Tiles of Windows 8-style apps next to shortcuts to more traditional PC software. 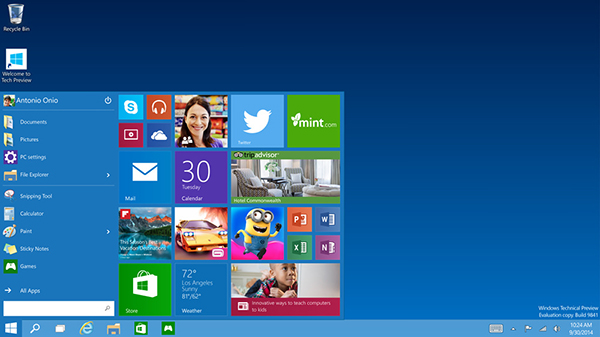 You can turn off that Live Tile functionality if you’d like, and even unpin all the Metro apps from the Start menu, returning it to purely desktop-focused glory. Or you can choose to have the Start menu expand to the full screen, and resize Metro apps to recreate a more Windows 8-like experience. The choice is yours. 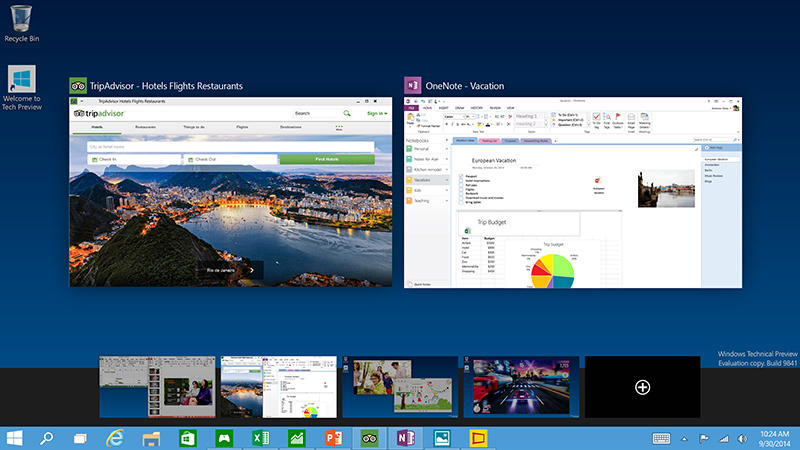 If you’ve ever worked on multiple programs at the same time using one screen you definitely know the frustration of finding your window from the other dozen you’ve got opened. Well those days are now over. Now, you’ll be pleased to find out that Windows allows you to create and work on as many virtual desktops as your heart desires, with an easily navigatable list of your open screens.

Cortana, Microsoft’s clever digital assistant on Windows Phone 8.1, makes the jump to PCs with Windows 10, where she assumes control of the operating system’s search functions. Once given access to your personal info, Cortana will use that info along with her Bing-powered cloud smarts to intelligently surface information you’re looking for and perform other helpful tasks.

Cortana can help you find all sorts of online information via natural language queries you ask using text or voice commands. Cortana can also apply those natural language smarts to search your hard drive, OneDrive, and business network for files that meet certain filters, for example if you queried “Find my pictures from May 2014”, Cortana would search through your image bank and locate your photos from May 2014.

Forget Internet Explorer. Well, don’t forget it entirely. It’s still tucked away in a corner of Windows 10 for legacy compatibility purposes. But the star of the Internet show in Microsoft’s new operating system is clearly Microsoft Edge — previously known as Project Spartan, a brand-new browser built from the ground up for speed, slickness, and trawling the modern web. 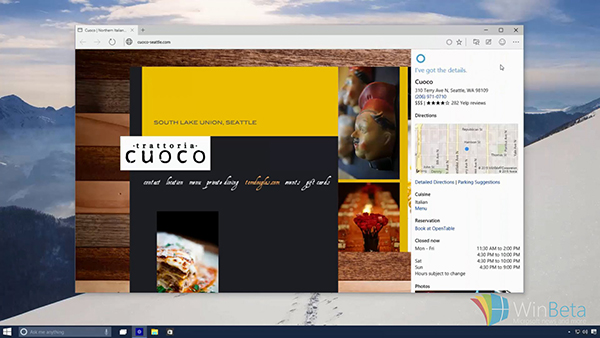 Spartan uses Microsoft’s new Edge rendering engine, which isn’t being included in IE in Windows 10 and packs some nifty extras. Cortana pops up with supplementary information while you search the web, such as Yelp reviews and Bing Maps directions when you’re viewing a restaurant website. Digital inking tools let you easily mark up a website and share it with others. Finally, Spartan also includes an awesome clutter-stripping Reading View, and allows you to stash articles in the complimentary Reading List app for later perusal.

Notifications are one of the coolest features of modern operating systems, with popups reminding you of all sorts of useful information and Windows 10 has them too.

As Cortana becomes more tightly integrated into Windows 10, expect to see the Action Centre become a repository of useful information (rather than the somewhat barren wasteland that it is right now). As notifications slide into view, they’re archived here.

Windows 10 Preview built 10061 overhauled Mail and Calendar apps that are vastly better than their Windows 8 predecessors. While the Windows 8 apps were pokey, the Windows 10 variants are speedy and responsive, and they manage to fit much more info on the screen while still being friendly to mice cursors and fat fingers alike. The new apps also dynamically shift their interfaces to fit nicely into windows of all shapes and sizes.

OK I’ve got it. Windows 10 is cool but will I need one of NASA’s computers to run it?

Not at all. Windows 10 will need the same system requirements as for windows 7, 8 and 8.1. You can view the minimum requirements below. Alternatively, click here to access Microsoft’s Official Website to read the full list of requirements and notes