Since it’s creation by Kevin Systrom and Mike Krieger in 2010, Instagram has grown at an almost unprecedented rate, outgrowing Facebook, it’s parent company since April 2012, by a huge 21%. But why is it so popular?

In this weeks blog we look at some of the reasons Instagram continues to outgrow its social media competitors and, even with the introduction of sponsored posts, still maintain its credibility.

One of the key attractions of Instagram, especially from a brand point of view, is its far superior engagement rate than other social platforms. It is not unusual for accounts to receive more likes on a post that actual followers. This can be attributed to a number of factors.

First, it’s hashtag feature. The hashtag is not a particularly new or groundbreaking idea. Twitter has been doing it way before Instagram. However, where Instagram has really excelled is getting their users to embrace it on a far larger scale than the Twitter. Because there is no limit to the amount of characters you can use in an Instagram post the amount of hashtags that can be included in a post is limitless. Users will often search for whatever they are looking for using the hashtag feature. If they are looking for an image of a beach it could be #beach for example. Here is where Instagram’s engagement really stands up. They say a picture tells a thousand words. Well it can also tell a thousand hashtags. An image can portray many things, all of which can be hashtagged and therefore increasing the chances of people, followers or not, finding your specific content. 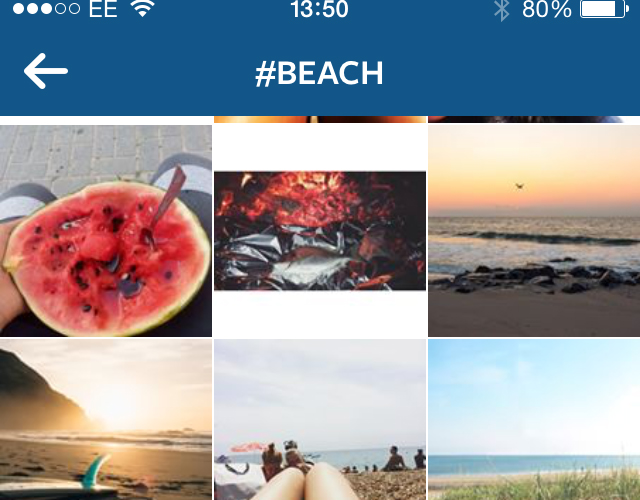 Second is the reliance on top quality content. When Instagram was first created the focus was all about sharing your great photos. The Kodak style square display and the filters where you can add shadings and different styling to images meant that it was perceived as predominantly a site for cool photography. This perception has lasted throughout Instagram’s growth and it can be said that this is one of the only social media platforms that users, especially brands, keep content separate to their other social media accounts, even after the ability to share on Twitter, Facebook and Tumblr was introduced.

In truth all social media platforms have a code of conduct that users should adhere to, predominantly NO SPAM. However, where Instagram stands up more that any other platform is that its users vehemently believe in this and will actively unfollow users and especially brands who don’t uphold they same responsible usage of the platform.

Accounts that include images with too much branding and are often seen as a no go. Facebook users may be used to seeing advertising material in their timeline but Instagram is most definitely not the place for marketing and advertising messages.

Because Instagram is a scrolling feed, like Twitter, users who end up posting too often will most likely lose a large bulk of followers in a short space of time. The users of Instagram scroll through their feeds to see interesting photography or what their friends and influencers are doing in their spare time and what brands they’re interested in are doing behind the scenes, not to have to scroll through 10 posts advertising your latest range of sustainable footwear before they even get to a post they want to see. Say goodbye to your followers.

It's only on mobile

While there is a website where you can view images and they Instagram is creating a new interface for the website, you can not post on Instagram unless you are using your mobile phone. Sure, there are apps popping up that allow you to post to Instagram via a desktop but none of these have the filters that make Instagram so unique. This adds a more personal feel, almost like you are interacting with the people you follow direclty as you know they would only have been able to post what you are seeing on their phone.

In a world where social media is so vital the overriding success of Instagram seems to come down to mainly one thing. It hasn't sold out. Yes, Facebook now own it, however Instagram still maintains that aura of an indie social media channel. It's still all about the photogrpahy. It still about exploring what filters work with what photos. And the users are still the most powerful part of Instagram.