What does Apple Pay mean for you?

It’s the day all of us Apple loving geeks have been waiting for… The Apple contactless payment system is finally live in the UK. From today, iPhone 6, iPhone 6 Plus and Apple Watch owners can use Apple Pay to buy goods in the same way they would using their contactless credit or debit cards as well as buy products online.

But how does it work… and is it safe?

So what is Apple Pay?

Apple Pay uses the near-field communication (NFC) chips embedded in the iPhone 6, iPhone 6 Plus and Apple Watch to pay for goods and services by holding the device near a card reader, in the same fashion of using a contactless credit or debit card. Apple Pay can also be used to make single touch payments within apps.

How does it work?

Apple Pay has a Touch ID sensor, inbuilt into the iPhone 6 and 6 Plus home button, meaning you do not need to use a PIN to verify who you are. Apple Pay wakes up automatically when approaching a card reader, no need to open an app, it does it straight away for you. Pressing a finger on the sensor verifies the payment. Your phone will vibrate and beep to let you know it's been received.

When using Apple Watch, you just double tap the side button and sets off your stored cards. Holding the Watch up to the contactless reader makes the payment. It will again vibrate and beep to alert you that the payment has gone through.

How to set Apple Pay up?

Currently it is all set up in Passbook, which is now more like a digital wallet and in the next iOS update it will be rebranded as Wallet.

To add the card linked to your iTunes account, tap the Plus sign in the upper right and enter the card security code. The first card entered is the initial default card used, however you can select a new default or switch between cards for payments any time.

How to add new cards?

To add a card on Apple Watch, just open the Apple Watch iPhone app, go to Passbook & Apple Pay, then Add Credit or Debit Card. You can also remove cards by selecting the one you want to get rid of, and tapping Remove Card. Simples.

Is it just limited to goods or are there any other benefits?

Londoners can use Apple Pay to travel on all of Transport for London’s services. It will work in the same way as tapping your contactless card does on the Oyster reader. More transport services are planned for the future but at present London is the sole city that Apple Pay has struck a deal with.

Is there a limit?

At present, the maximum is capped at £20, the same as transactions made using a contactless card. The UK Cards Association has said that in September the limit for contactless card payments will increase to £30 and this will be present for Apple Pay also.

Is Apple Pay available across all banks?

Not yet. On launch American Express, First Direct, Ulster Bank, Nationwide, NatWest, Santander and RBS will be available. HSBC was thought to be available on launch, however they have now revealed they will be launching the service at the end of July. Bank of Scotland, TSB, Halifax, Lloyds Bank, M&S Bank and MBNA are reportedly coming on board towards the end of the autumn. 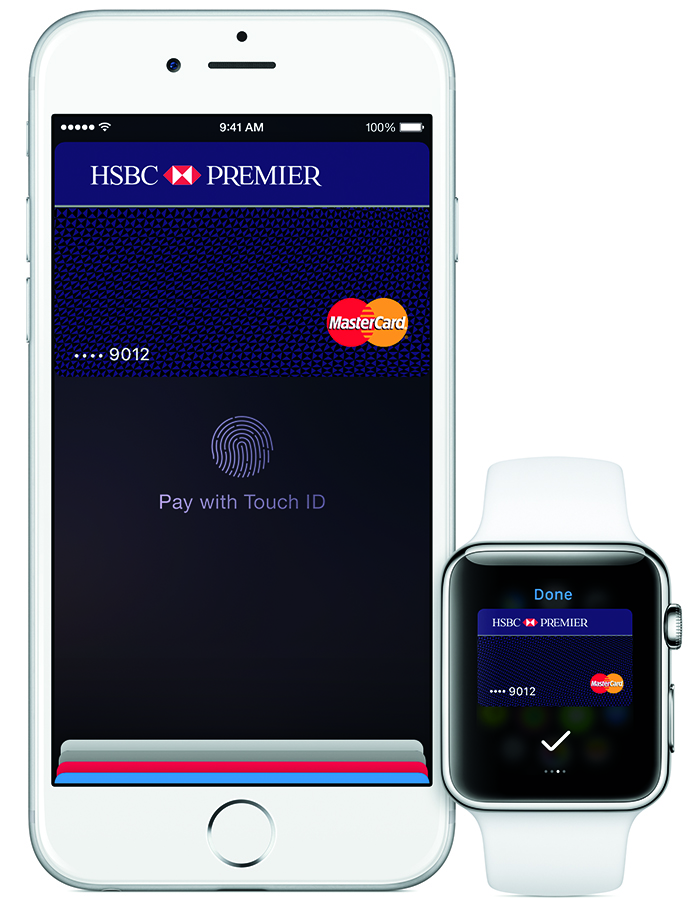 Barclays is the only major bank not to support Apple Pay at present due to its plans for it’s own contactless payment system bPay. Talks have been on going and it is thought a deal will be announced shortly.

Where can I use it?

The technology will be supported in 250,000 shops at launch including Waitrose, Post Office, M&S, New Look, Starbucks, Spar and Wagamama. Look out for the Apple Pay logo in the stores window, which will display if the store accepts Apple Pay.

Throughout the announcement of the launch and weeks leading up to it, Apple have been very clear to point out how your card numbers are not stored on the devices you use Apple Pay for, nor on the servers. Whilst your most recent purchases are listed in Passbook, an on-going record of your transactions is not maintained.

When a card is added, a unique Device Account Number is created and encrypted. This number is stored in a chip within the device. When you go to make a transaction, the DAN is matched with a security code unique to that specific payment, which is then processed.

In the event of your iPhone, iPad or Apple Watch being lost or stolen, you can suspend Apple Pay remotely or wipe it fully using Find My iPhone.